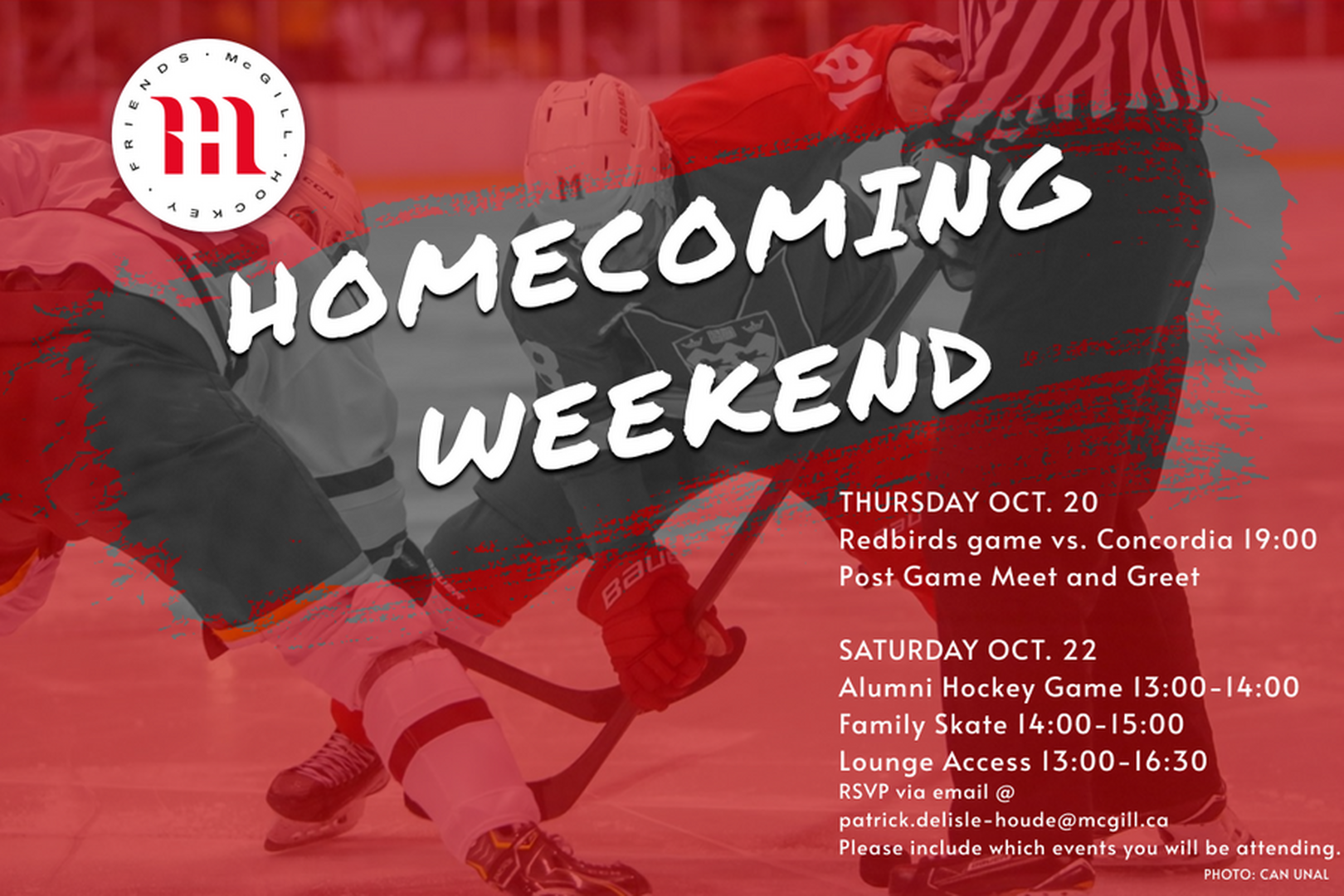 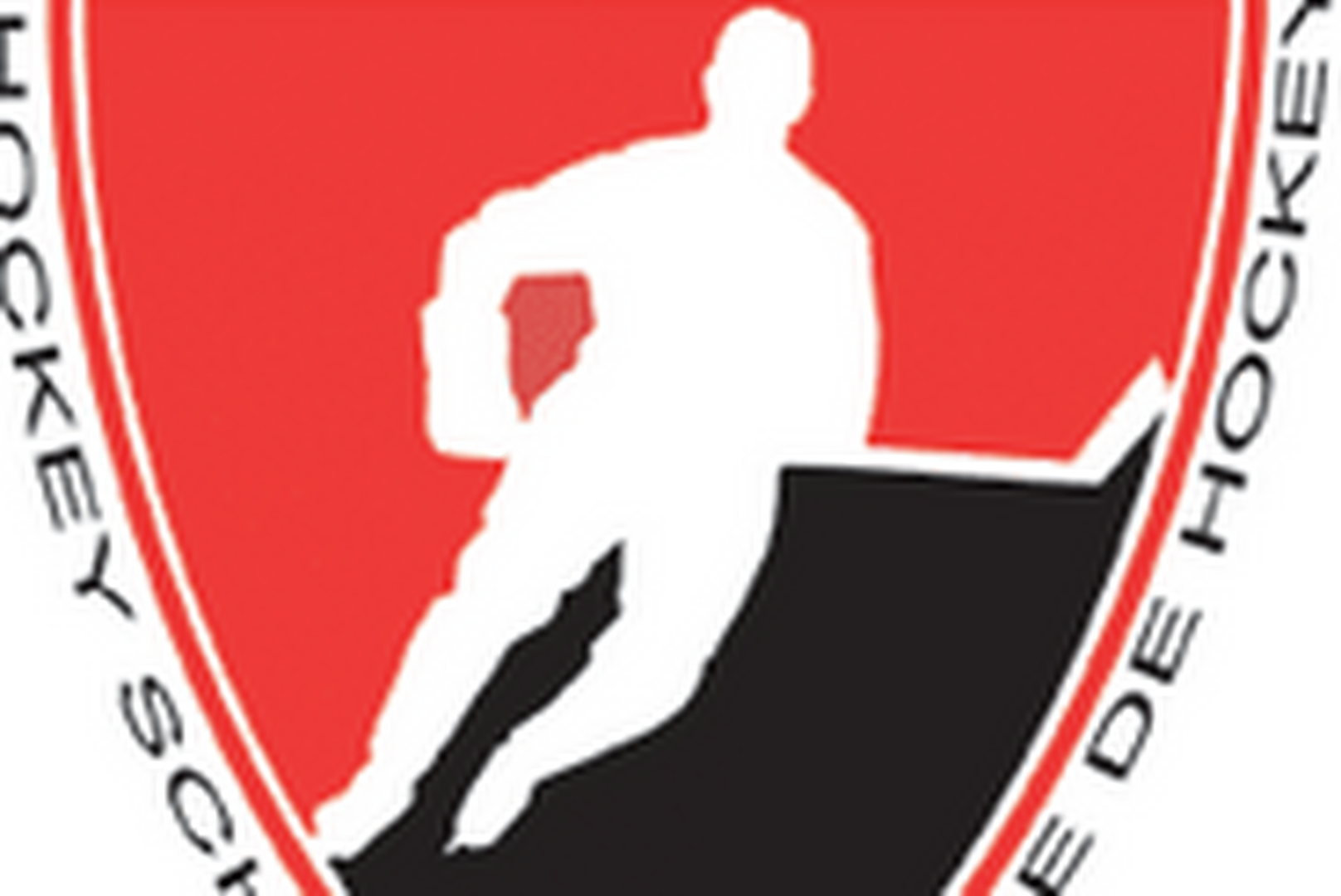 The Redbirds Hockey School is back 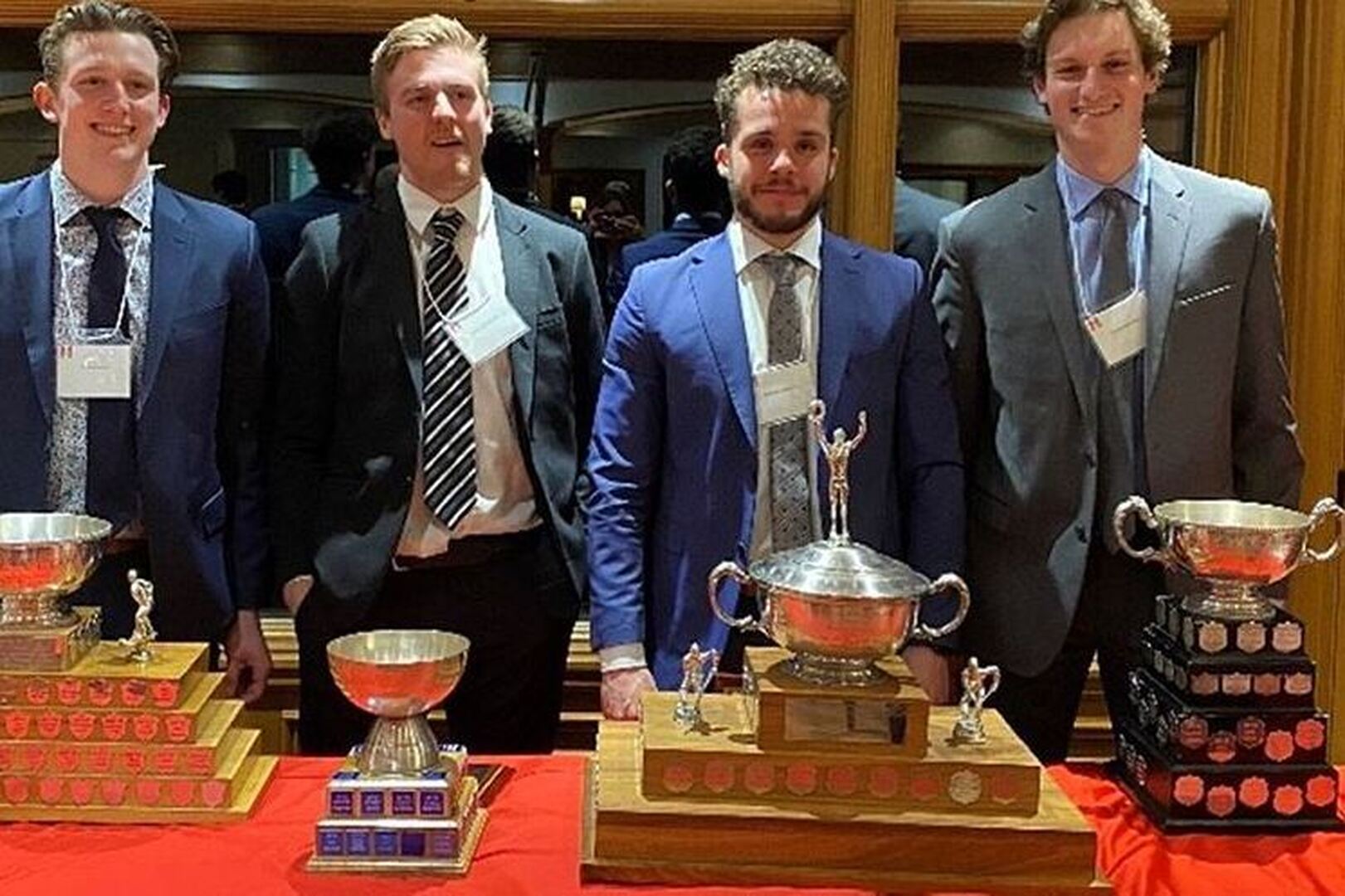 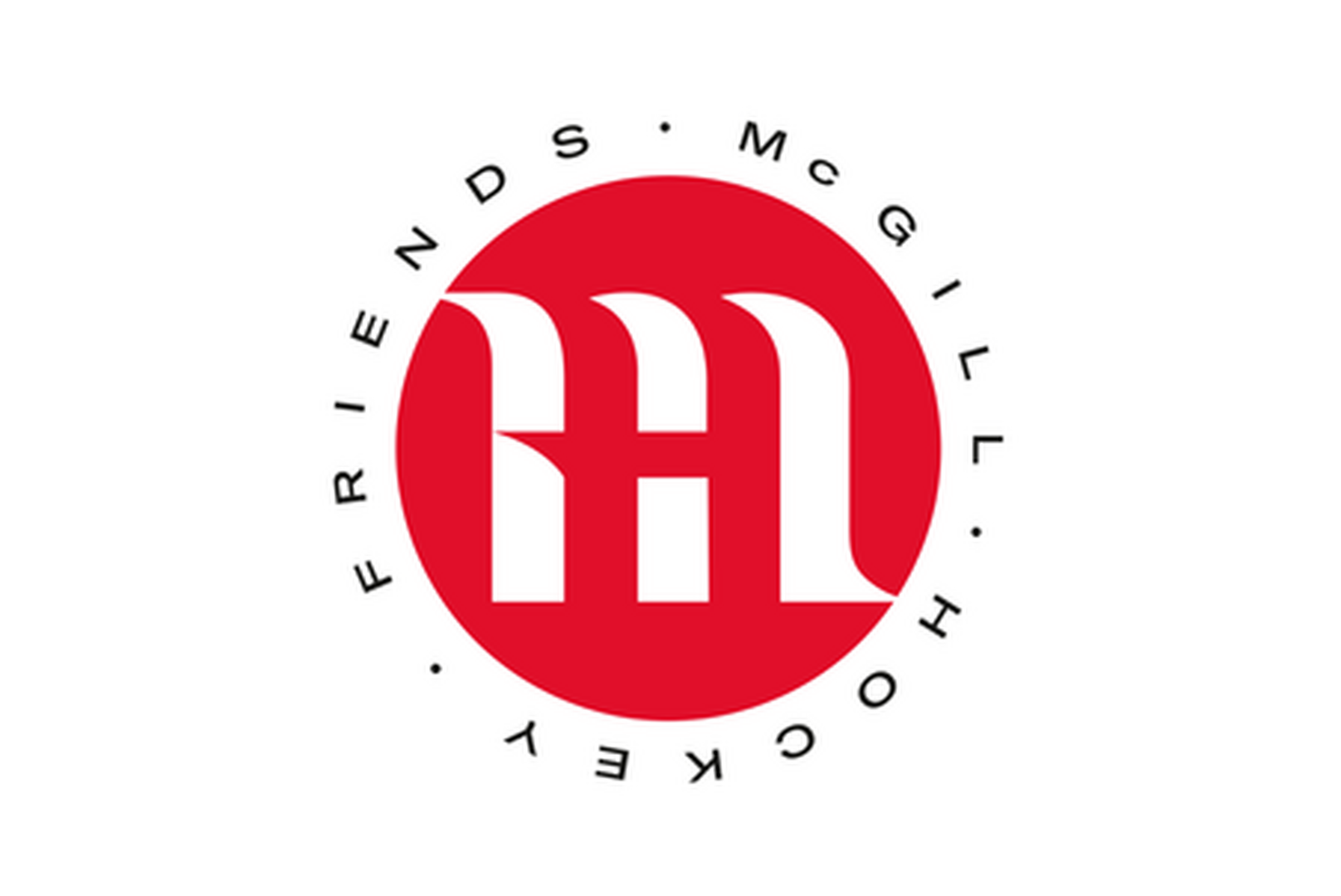 Do you want to unsubscribe from this newsletter?

12 days left until we celebrate the graduating class of 2021 and unveil FMH 2.0, a welcome leap forward for our program!

Stick taps to former McGill Hockey blueliner and 2x USports Defenceman of the Year Marc-André Dorion on signing a new contract with EHC Linz of the @betathomeicehockeyleague (formerly known as EBEL). The transition should not be too difficult for Marc-André as he began his European pro career with EHC Linz in 2012 after he helped lead McGill to their first National Championship. Marc-André spent the last two seasons with the Vienna Capitals in the Erste Bank Eishockey Liga (EBEL) 🇦🇹 Best of luck this season @marcdor10 ! We’ll be following 👀 Full story can be found at: mcgillathletics.ca 👏🏒💪 #mcgillhockey #mcgillwill

2014 @usportsca Men’s Hockey Defenceman of The Year and 4-year McGill Hockey blueliner @ryanconor89 putting in the work for this upcoming season. Ryan is currently playing for the @eisbaerenberlin in the @penny.del. The native of White Plains, NY led all Polar Bears defensemen in points & time on ice last season and appears to be well-tuned for another big year 💪 #hockey #del #usports #mcgillhockey #mcgillwill

We are excited to follow @uvmmhockey this year as McGill University graduates Todd Woodcroft and Mike Babcock will be amongst their coaching staff. Todd Woodcroft has been hard at work as he has assembled quite the coaching staff prior to his first season. Full story can be found at: uvmathletics.com

WHAT. A. BLAST. 👏 Fantastic seminar, so much great insight and knowledge shared when it comes to coaching and leadership. Very big thank you to our speakers : Peter Smith, Jamie Kompon, Mike Babcock, Pat Delisle-Houde, Martin Raymond, and Guy Boucher. A lot of time and energy went into your terrific presentations and we really appreciate your knowledge and willingness to share your expertise. We would also like to thank all of our participants. Your support means a lot and it is greatly appreciated. Donations will be accepted until Monday, May 25th. Link in bio ☝️☝️☝️ #leadership #knowledge #hockey #hockeycanada #nhl #ahl #iihf #lhjmq #ohl #whl #mcgillhockey

Tomorrow’s Day 1 of our two-day event! All sessions will be recorded and emailed to those who register. Excellent professional development opportunity for anyone looking to improve their quality of leadership 👍🏻 #mcgillhockey Register/Donate ☝️☝️☝️

Please see our updated schedule for this week’s Friends of McGill Hockey Coaching and Leadership Seminar. We hope you’ll join us. #mcgillhockey

Their accomplishments are too lengthy to list. Our friends Guy Boucher & Mike Babcock have agreed to stop by this week. We think it will be entertaining - highly recommend you join us 💁🏻‍♂️ Register/Donate using the link in the account bio ⬆️⬆️⬆️

We are delighted to announce that our fourth speaker will be…..former @mcgillathletics all-star hockey player and McGill Men’s Hockey bench boss for fourteen seasons, Martin Raymond. Martin graduated from @mcgillu with a Bachelor of Education and a Master’s of Physical Education in 1996. Martin was named Head Coach of the McGill Hockey Program in 1995 and held that post until 2009. During his tenure at McGill, he was a four-time OUA East Coach of the Year recipient and was named the @USPORTSca Coach of the Year for the 2005-2006 campaign. Following the 2009 season, Martin joined fellow @mcgillu alum & @mcgillathletics teammate Guy Boucher, to steer the ship and coach for the @candiensmtl American Hockey League affiliate Hamilton Bulldogs. In 2010, Martin got his first opportunity to coach in the @nhl and joined Guy in Tampa Bay. Martin was an Assistant Coach in Tampa Bay for three seasons before taking the position of Head Coach for the @voltigeursdrville in 2013. Martin coached in Drummondville for three seasons and was also named to the @hockeycanada U18 and U20 coaching staff during that time period. Martin would return to the NHL for three seasons (2016-2019) as an Assistant Coach with the Ottawa Senators. This past season, Martin graciously devoted his time to serve as Hockey Advisor to the McGill Men’s Hockey Program as the program attempted to fill the void left by its beloved Head Coach, Kelly Nobes. Martin just recently accepted the position of Assistant General Manager with the @olympiquesdegatineau for the upcoming season. Beginning at 10:00am ET on Thursday May 21st, Martin will be presenting Leçons à Tirer: Faire Face à l’Adversité dans les Médias (in French) and will present Facing Adversity in the Media: Lessons Learned (in English) at 2:00pm ET. Registration and donation information can be found in the account bio ⬆️ #leadership #hockeycanada #nhl #qmjhl #mcgill #mcgillhockey

Thursday May 21st is a bilingual day at the Friends of McGill Hockey Coaching and Leadership Seminar! Starting us off at 9am ET in FRENCH will be…….former @mcgillathletics hockey player and current Strength and Conditioning Coach for the @canadiensmtl Patrick Delisle-Houde. A @mcgillu graduate, Patrick obtained his Bachelor of Science degree in Kinesiology and a Master’s degree in Kinesiology and Physical Education 🤓 Patrick played two seasons for the @blizzardssfaaa of the @lhmaaaq between 2006-2008 before embarking on a four-year career in the @lhjmq_qmjhl_ with @oceanicrimouski & @monctonwildcats respectively. Pat’s leadership is exemplified by the fact that he was named team Captain for his final two seasons (2015-2017) with the McGill Hockey Program. Pat will be discussing Arrière-scène du développement de l’athlète at 9am ET (in French) and will present Behind the scenes of athlete development (in English) at 11am ET on May 21st. Registration and donation information can be found in the Friends of McGill Hockey account bio ⬆️ #leadership #conditioning #habs #mcgill #mcgillhockey

The great leaders/coaches continue as our second speaker will be……current @nhljets Associate Coach, Jamie Kompon. Jamie was a defenseman for the @mcgillathletics hockey team from 1985-1989 and was named team captain for the 1988-1989 season. He holds a degree in education from @mcgillu. After playing professionally in the ECHL and in Germany, Jamie decided to return to the McGill Hockey Program as an Assistant Coach prior to the 1991-1992 season. He coached at McGill for five seasons and was promoted to Associate Coach for his final two years with the team. Jamie has been a coach at the @nhl level for twenty-one seasons. He broke into the league with @stlouisblues and won back-to-back Stanley Cups with the @lakings and @nhlblackhawks in 2012 & 2013 respectively. Jamie also has @westernhockeyleague experience as he was named General Manager and Head Coach of the @winterhawks between 2014-2016. Jamie is currently in his fourth season with the Winnipeg Jets of the NHL and his second season as an Associate Coach to Head Coach, Paul Maurice. Jamie’s seminar discussing commonalities of championship teams will be held on Wednesday May 20th at 12pm ET. Information on how to register can be found in the Friends of McGill Hockey account bio ☝️ #leadership #winners #nhl #Usports #hockeycanada #development #mcgillhockey

We are thrilled to announce Peter Smith as our first speaker for next week’s coaching and leadership seminar. Peter is entering his 21st season as Head Coach of the McGill Martlets and is the winningest women’s hockey coach in McGill history. During his tenure, his teams have won four National Championships and have qualified for the National Tournament in seventeen of his twenty seasons. Peter has extensive international coaching experience as well. He has represented Team Canada on numerous occasions and is a two-time gold medalist as an Assistant Coach with the Canadian National Women’s Team (Turino, 2006 & Vancouver, 2010) Peter’s seminar discussing how to build culture through leadership will be held on Wednesday May 20th at 11am ET. Information on how to register can be found here: https://www.eventbrite.ca/e/fmh-coaching-and-leadership-seminar-registration-103935493860 #martlethockey #hockeycanada #leadership